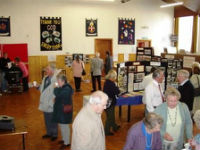 In June 1990 the Rev Ian Lloyd was inducted and in 2012 was called to be Moderator of the General Assembly. He became then the third minister in succession to be called as Moderator; but uniquely Mr. George McRobb, elder of the congregation had been called as Moderator the year before. Torry is the only church to provide two successive Moderators. 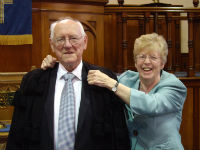